5 Surefire Signs You Grew Up with an Emotionally Immature Parent 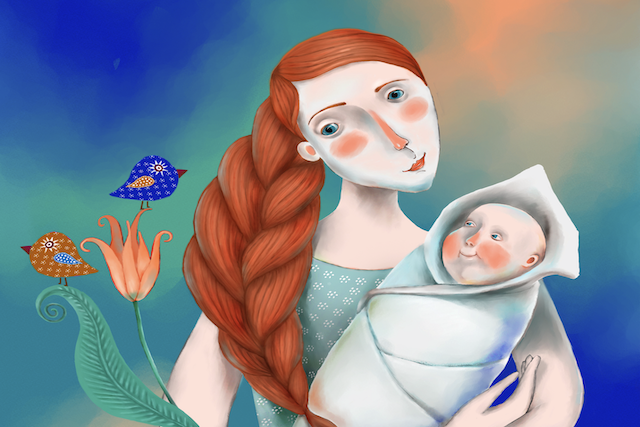 “There’s no such thing as a ‘bad kid’—just angry, hurt, tired, scared, confused, impulsive ones expressing their feelings and needs the only way they know how. We owe it to every single one of them to always remember that.” ~Dr. Jessica Stephens

All children look up to their parents from the moment they enter this world. They have this beautiful, pure, unconditional love pouring out of them. Parents are on a pedestal. They are the ones who know what’s best! They are the grownups showing us how to do life!

We don’t think for one moment that they could be showing us the wrong way.

I, like many others, adored both my mum and dad. I could not see their flaws, their pains, or their trauma. I just loved them and wanted to spend time with them. If they shouted at me and told me I was wrong, I trusted that they were right, no question.

When I had non-existent self-esteem, anxiety, and suicidal ideation because I believed I was not good enough, I blamed that 100 percent on myself. I had unconsciously recorded all those moments when their behavior had made me feel not good enough as my own fault for being ‘bad,’ not considering they could have had something going on themselves.

When I struggled in romantic relationships, always chasing unavailable men, I held myself responsible and never for one minute thought that this pattern of behavior stemmed from my relationship with my parents. I believed what they had told me in different ways—that I was the problem!

The reason I struggled in relationships, I later discovered, was that my parents were not actually okay when they were parenting me because of their own traumas and were emotionally immature.

Here are five signs you had emotionally immature parents, and how may it impact you.

1. Their feelings and needs were more important than yours.

Emotionally immature parents can be incredibly self-absorbed and distracted by their own feelings and emotions, and they want their child, you, to regulate them.

For example, when my mum was upset I would be affectionate toward her and soothe her. As I got older, she would be angry with me if I was not there to soothe her when she needed it, saying I was selfish and she had no one. I believed her.

I was off playing with my friends and being a child, but this was not allowed if it meant I couldn’t meet her needs and calm her emotions. As a result, I learned it was not safe to choose my needs over hers, as she would withdraw her love from me, which felt so scary. My heart would race, and I would feel terror take over my body.

As an adult, this meant I believed I was responsible for other people’s emotions, and if they were angry or upset, it was my fault. So I would always walk around on eggshells just in case someone might attack me for upsetting them. Because I believed everyone’s pain was my fault, I attracted more relationships like the one with my mum. These relationships made me feel powerless.

2. Expressing your feelings or needs was not safe.

When you expressed a feeling and it was met with a negative reaction from your parent, it created a world of panic inside your body. For example, sharing how you were struggling could have been met with a comment about how their lives were so much worse and you should stop being so dramatic.

Expressing a need, like asking for a ride somewhere, could have launched an attack about how selfish you were—and didn’t you realize how hard your parents were working!

So what happened? You stopped expressing your feeling and needs and buried them deep. (For me, I topped them with ice cream and sugar for comfort.) As an adult, you may now be so cut off from your own emotions and needs that you act as if you don’t have any.

3. They did not take responsibility for their actions.

They’d say or do something that really hurt you, but they wouldn’t acknowledge it, nor apologize. In fact, they may have just carried on as normal.

Your relationship with them was not repaired as a result. You may have tried to resolve the situation, but you were the only one trying, and you may even have found yourself blamed for something you didn’t even do. The whole situation would leave you feeling crazy and like you didn’t know what’s true. You may even have started thinking it was your own fault.

As an adult, you might repeat this dynamic in other relationships, feeling powerless to repair and resolve issues that arise. This leads to resentment and staying in unhappy relationships because you don’t know it can be any other way.

4. They have no idea how to regulate their emotions.

They walked around triggered by their emotions all day. They had no idea how to bring themselves back into balance. They’d come home exhausted from work, but rather than doing something to discharge from the day, they’d get stuck in their chores and then take out on their emotions on others due to resentment over being so tired.

5. You were forced to grow up before your time.

It wasn’t okay for you to be a child. They found it way too stressful, so you were encouraged to be a little adult. Maybe even a little adult that parented them. It was also not safe for you to be a child. You couldn’t be loud or silly, as they could have lost their temper, so you walked around on high alert waiting for this. You may have learned to be the calm one because your parents weren’t.

I found myself getting involved in their very grownup arguments as a child just to try and keep the peace in the house. This is not the role of a child. If you had the same experience, you may find yourself attracting similarly codependent relationships as an adult.

If this childhood sounds like yours, you are not alone. There are many of us. There is an inner child within you that missed out on so much love, nurturing, encouragement, and balance, which could be the reason you are struggling now as an adult.

You could still be dealing with these patterns as an adult with your parents, as they could be children in even older bodies now!

Learning how to be emotionally mature yourself so you don’t repeat the patterns with your own children is a wonderful gift to be able to give them, but also it means you can have healthy relationships and find peace within. Healing and reparenting your inner child means you will be able to express your emotions and have boundaries so others don’t think it is okay to do the same to you.

I used to feel powerless when people treated me like this, not just with my parents but in other relationships too. I would try to be whatever they wanted me to be, but they would still react in the same ways no matter what I did. Stepping back from them and focusing on healing my inner child, understanding her feelings and needs, and holding space for her has changed my life. I was able to become the parent I always longed for.

But we can be the generation that breaks this pattern by being the emotionally mature parent we needed. We can be the example of healthy relationship dynamics that we never had.

Manpreet is the creator of a podcast Heart’s Happiness where she talks about intergenerational trauma and is also a coach who helps people make peace with their past and rewrite their story by learning how to love themselves and their inner child. Check out her FREE MASTERCLASS Freedom from Anxiety where she shares her proprietary technique to help with anxiety when we change our relationship with our emotionally immature parents.

See a typo or inaccuracy? Please contact us so we can fix it!

Mastering the Art of Letting Go

How I Stopped Feeling Embarrassed and Ashamed of Being Single